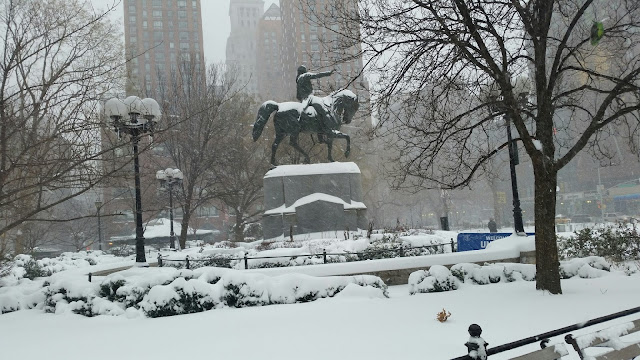 Just a few random snaps of snowy Union Square Park in New York City. It happens to be only a block away from my apartment, so it's not like I had to fly in to see it or anything. Still, getting there wasn't the easiest thing, either. 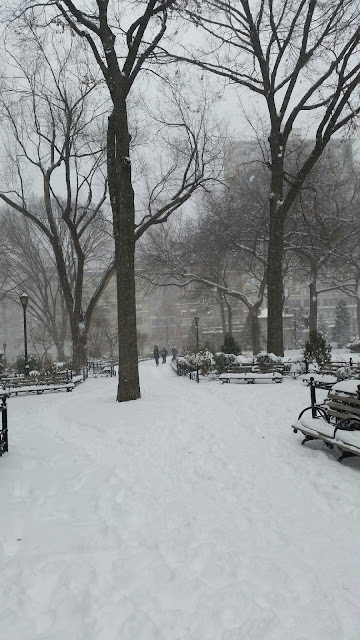 I suppose if you live around a lot of snow, or you don't get any snow at all, this probably just looks like an average snowy day. I mean, there's snow, and there are people in the snow, and like, that's what a snowy day looks like, right? Well, for New York, it is far from normal. It is an epic blizzard, and the snow was still falling when these shots were taken this morning. Anyone familiar with NYC knows that the temperature there is always higher than surrounding areas (by about 5 degrees). So, when things get frozen and snowy in Manhattan, that means it is really frozen and snowy. 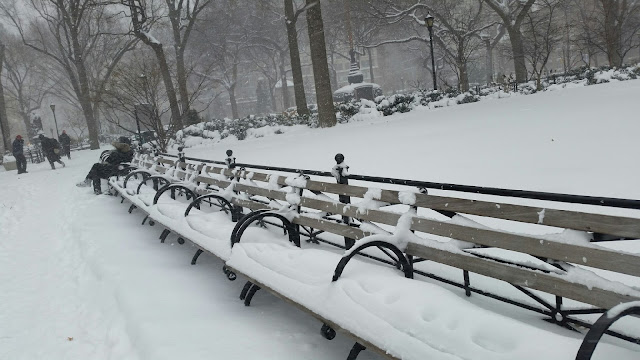 Never fear, it may be the worst snowfall of the decade, but people will still find their favorite spot on a park bench! Don't know if the pigeons are going to come out to be fed, though.

Posted by James Bjorkman at 4:32 PM