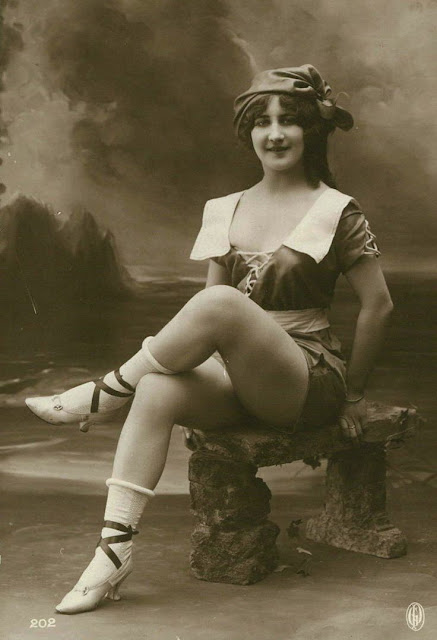 I've always been fascinated by early photography. A hotbed of photographers was in my neighborhood around Union Square, New York City. There even were photographers in my building. It was "early Hollywood," and when the filmmakers developed what we know as "Hollywood" ca. 1910, they came from the area around 5th Avenue and 14th Street. So, while the vintage photos of old-time showgirls here are 100 years old or older (with a few exceptions), they have a connection to the present day. 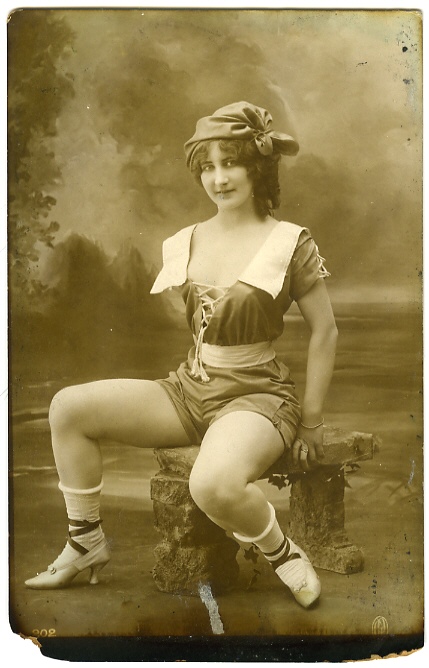 The practice back in the day was for photographers to pose burlesque dancers in various classical scenes. So, you get pictures of ladies dressed up in scenes from mythology, such as Cupid, or in scenes from old plays. 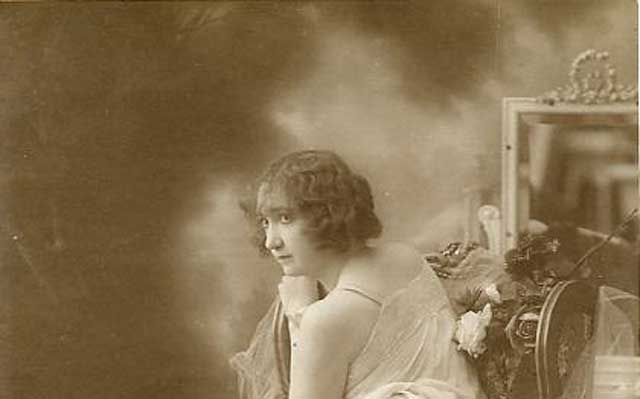 Some of the shots are scandalous even for modern times, so those are cropped so as not to offend anyone. 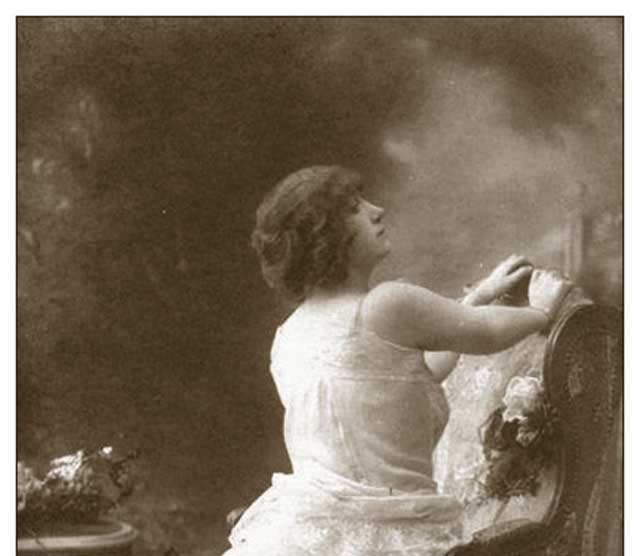 Some of these shots are taken from old postcard collections. Others come from "coffee table books" released by publishers such as Gustave Pellet. The models were often taken from the nightclubs of late nineteenth-century Paris. 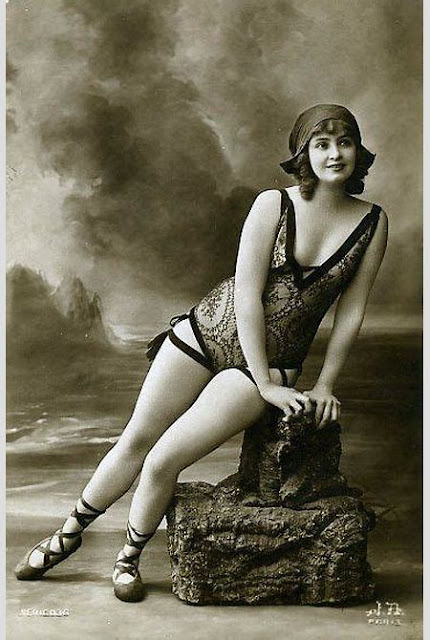 However, New York, San Francisco, and a few other cosmopolitan cities in the United States also had their share of showgirls. Burlesque came to the United States when Lydia Thompson brought her troupe, the "British Blondes," to New York City stages in 1868. These models are the next generation from that original group.

Dr. Charles H. McCaghy, professor emeritus of the Department of Sociology at Bowling Green State University in Ohio, has collected many of these photos and is considered the dean of old burlesque photos. His collection is the Charles H. McCaghy Collection of Exotic Dance from Burlesque to Clubs.

Not a lot is known about these photos. Even the names are sometimes unknown. I've added the names whenever I could.

Burlesque is believed to extend back to 17th-century Italian theater. It was used as an interlude between acts or shows. The word derives from the Italian "burla," meaning a joke, ridicule or mockery. 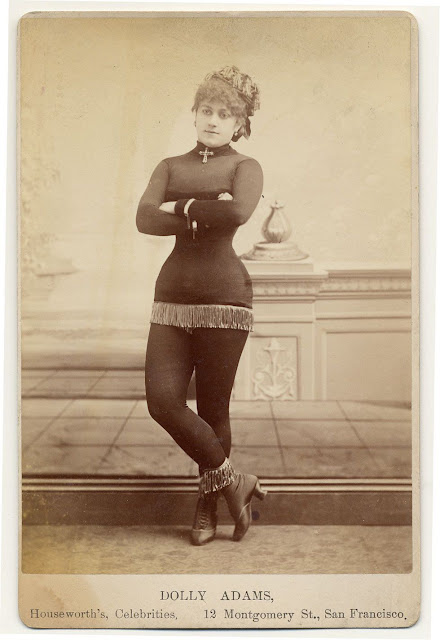 Burlesque was featured in London from the 1830s to the 1890s. Some London theaters, including the Gaiety and Royal Strand Theatre, eventually featured it as the main event rather than just one of many acts.

Burlesque died out in both England the United States early in the 20th Century. However, it remained one of the most popular attractions in Paris into the 1940s and beyond. German soldiers during the occupation made it a point to visit the Folies Bergère and other shows featuring burlesque.

Among other things, these photos show how standards of female beauty have changed over time. For instance, the ladies usually are more voluptuous than later models. 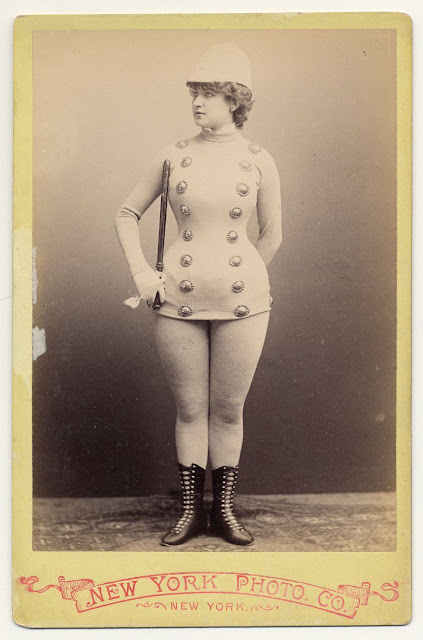 The models also often wear garb that is usually associated with men. Ladies of the day would wear dark skirts with hats on the street. A woman going out in a form-fitting outfit was unheard of. So, these models were very free-spirited.

Even one-piece swimming suits were cutting-edge around the turn of the 20th Century. The idea was to hide the female form as a form of modesty.

So, the practice in these photos is to not show the models in their normal clothes, but dressed in what at that time would have been considered outlandish fashions. For instance, Mexican costumes that probably weren't seen on the streets in Mexico, either, were popular.
But, for the most part, the women were in showgirl outfits in pastoral scenes created in the artist's studio. 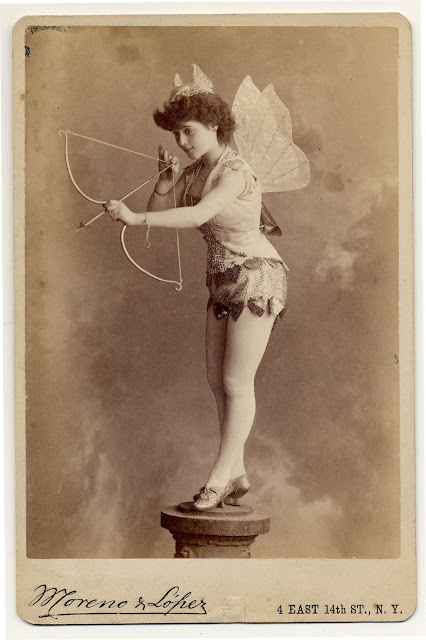 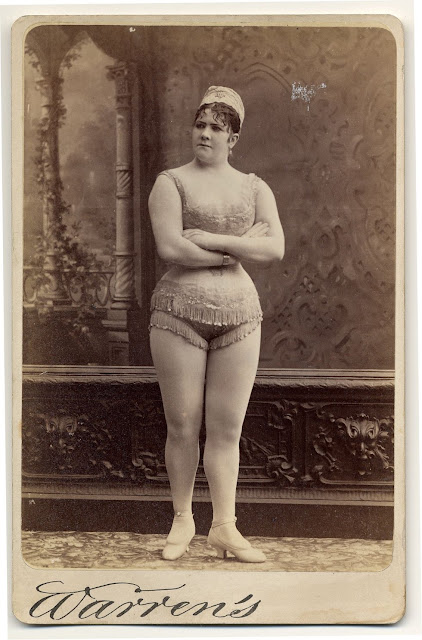 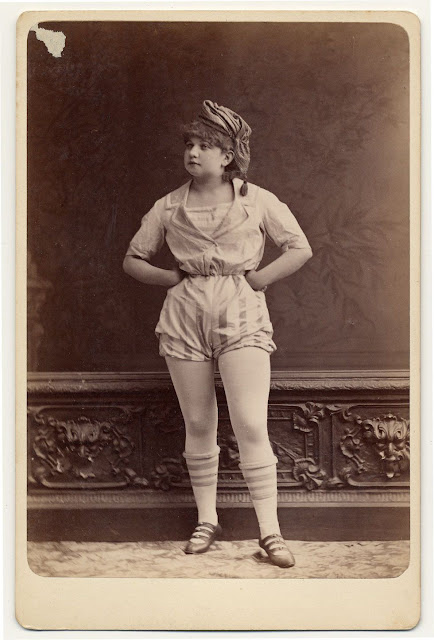 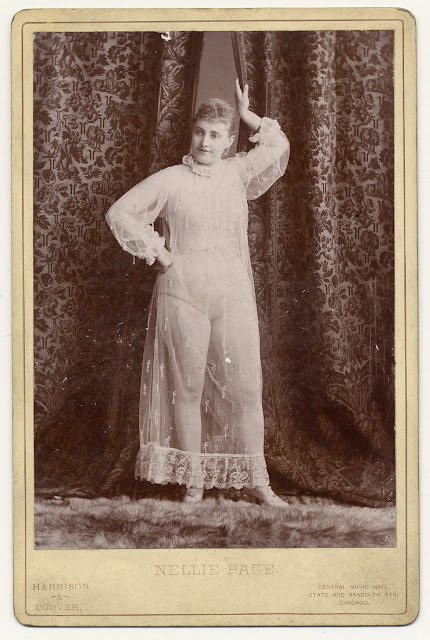 I don't really have any purpose behind pages like this other than to show legendary acts doing their things. In this case, it is The Troggs doing "Wild Thing." Call it a fan page, whatever.


Some things just need no explanation. Either you're in the mood for some groovy old tune or you're not. Here's your chance if you are.

"Wild Thing" was written by New York City-born songwriter Chip Taylor. While it was first recorded by The Wild Ones in 1965, the  1966 cover by the English band The Troggs was the big hit. 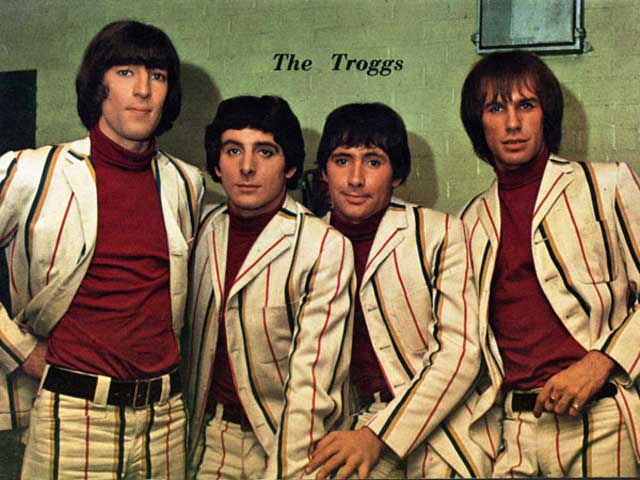 "Wild Thing" by the Troggs reached No. 1 on the Billboard Hot 100 in July 1966 as the British Invasion hit third gear. The song peaked at No. 2 in Britain, showing that the Americans had better taste for the groove thing at that time. 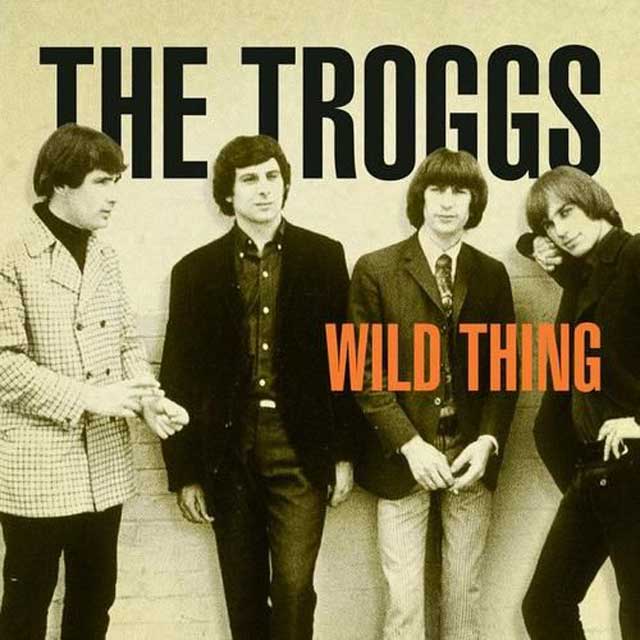 "Wild Thing" is ranked #257 on the Rolling Stone magazine's list of The 500 Greatest Songs of All Time. It was an influence on garage rock and punk rock and continues to influence music to this day. You may be familiar with comedian Sam Kinison's classic 1988 rendition of "Wild Thing," so let's include that for comparison. The video includes cameos by the immortal Rodney Dangerfield and Jessica Hahn, among others. If you're a metal-head, you'll recognize the guys playing with Sam, but let's just say "Tommy Lee" and leave it at that.


Whatever happened to The Troggs? Well, it turns out that they're still together, but with a completely different lineup than in the 1960s (original guitarist Chris Britton still sits in occasionally). Lead singer Reg Presley, unfortunately, passed away on 4 February 2013 (aged 71). 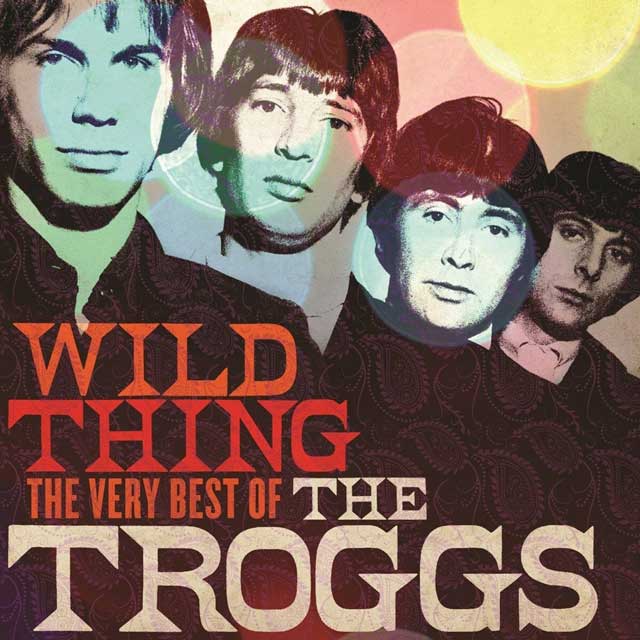