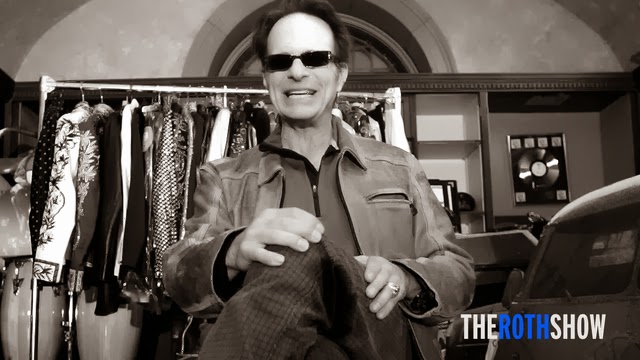 David Lee Roth. The man, the legend, the video.


David Lee Roth, for those who don't know, is the long-time and sometimes-erstwhile frontman for Van Halen. He also has his own little web show, which doesn't get a lot of press or buzz or whatever you want to call it - but it's really a trip into a different place that is a lot of fun.

Now, Dave is not for everyone, and I totally get that. However, if you haven't seen it, you might be surprised that you like it. Or, maybe not. But you'll never know unless you do try it.

Anyway, he's a witty fellow and apparently (according to what he says) the brains behind just about everything that has happened in the last thirty years in show business. I'm just kidding about that - sort of. He has a tendency to go way, way off on tangents and it's easy to think he's being incoherent at times - but he really isn't. I think. You can watch and draw your own conclusions.

Last year, he put out an explanation of that infamous clause in Van Halen contracts about brown M&Ms that was devastatingly brilliant (and, yes, it was his idea). And then he rambles off about how much he likes guys in tuxedos and cowboys. It's all a mishmash, but if you like something different - it's all pure kitschy gold. It's kind of like being at a diner at 3 a.m. with a musician while he's winding down from a show, you never know which way the conversation will go, but you know it's going to be completely different.

As a fellow native New Yorker, it's fun to pick up a lot of Dave's local references. When he says "I tuned into Channel 11 or 13 to watch an old movie," or "I always watched the Million Dollar Move after school" or "My uncle was the duke of McDougal Street" (as the owner of Cafe Wha? which Dave plugs ceaselessly) or something like that, it strikes a chord with me that might not resonate if I had grown up somewhere else. So maybe that's part of the appeal to me. But that actually is a major asset to Dave - if you dig where he's coming from and what he's talking about, that gives it a whole added layer of flavor and seasoning.

Dave just released the first episode of his second season, which you may view above. If you like classic footage of a real pop-culture bent accompanying weird rants, you definitely should like this video. Dave's editor, Shelly Toscano, knows her craft and has a talent for hunting down amazing footage. If you are into Dave or just into editing, you can check out a great interview of Shelly about her editing work for Dave and Van Halen here.

Give "The Roth Show" a try. Dave's an acquired taste but a fantastic way to spend half an hour if you can appreciate his vibe.

As many people who live in New York City can tell you, it isn't that uncommon to stumble across somebody famous. Everyone who has lived there has "a story."

For example, even famous movie stars have to take the elevator - I rode up in one with Robert Deniro once, he lives (or lived) on Central Park South. Whoopdee doo. I didn't even realize it was him until somebody told me right afterward with that breathless kind of speaking as if they had just seen Jesus. I did notice at the time that he was wearing really cool tortoise-shell eyeglasses, that's what I recalled afterward. They were more interesting to me (not knowing who he was at the time).

Whatever. Just part of life. I have lots of similar stories, some probably a lot more interesting than that one.

Anyway, they were filming "Sharknado 2: The Second One" (2014). Not the most famous movie franchise of all time, perhaps - but you can't pick the film crews that appear out of nowhere.

Below, for what they are worth, a couple of snaps a friend took recently from filming the "Sharknado" follow-up. I believe that is Ian Ziering - I could be wrong. But probably not. You won't see these anywhere else. 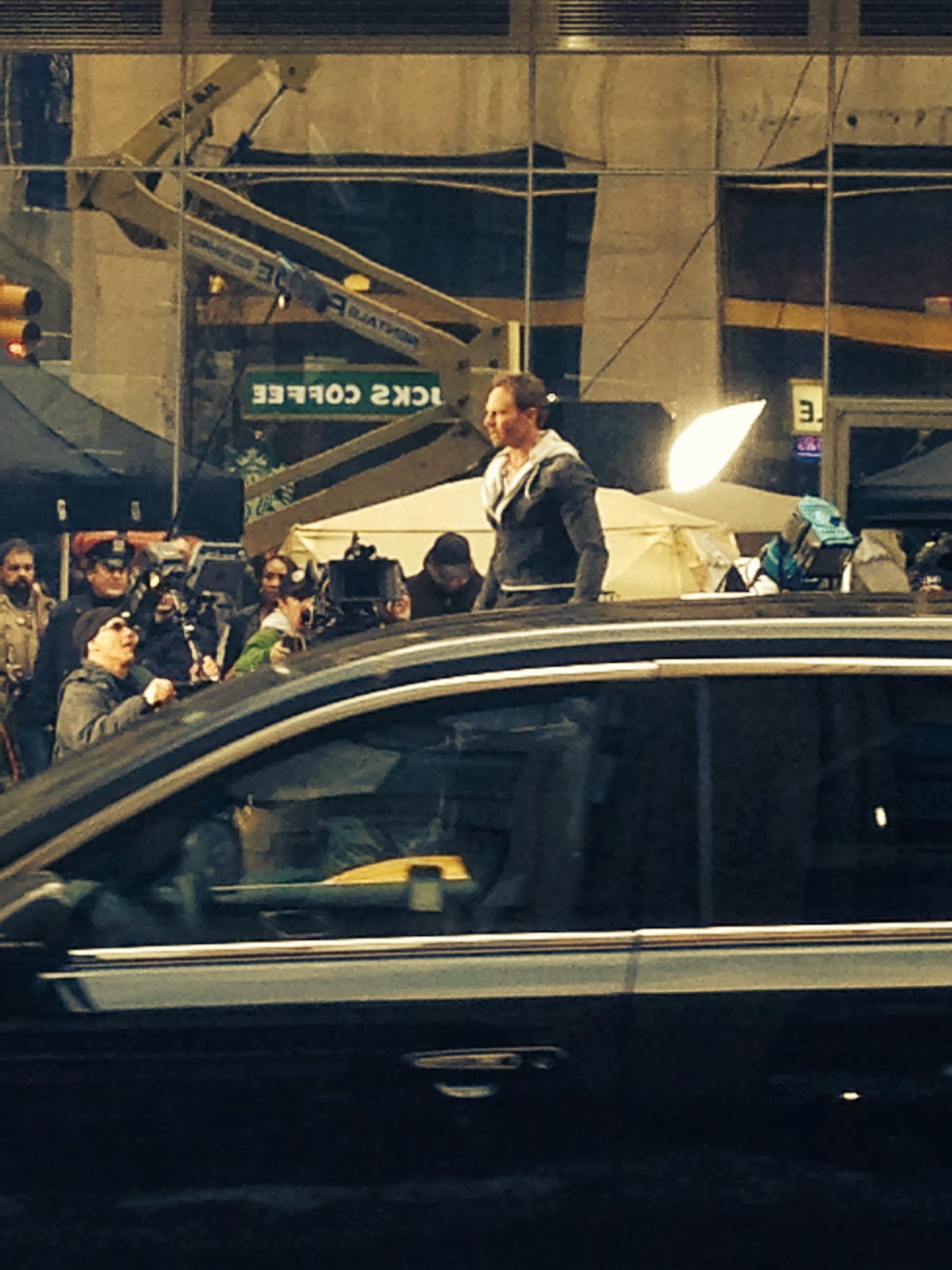 Walt Disney stands beside one of the ambulances he drove for the Red Cross in France. The "doughboy" caricature on the canvas side-flap of the vehicle was drawn by the budding young artist himself.

This is part of my continuing series of pictures drawn from the life of Walt Disney.

Battle of the Sexes Chapter 843

Ah, the battle of the sexes. The eternal battle.

Well, this video takes that argument to a whole new level and will provide a new talking point for one side of the debate, namely, that they have bigger brains. To which the inevitable counter is... so what. Or, smaller is better because it has to do just as much in a smaller space. Or, that you just showed yours is tiny by the fact that you just made your partner hate you through the weekend by bringing it up in the first place.

I actually thought that everyone already knew the answer to this question, but, apparently not, since they just came to this conclusion in some scholarly journal.

Anyway, you'll need to watch to find out the answer. It's a funny video.

Email ThisBlogThis!Share to TwitterShare to FacebookShare to Pinterest
Labels: brain size, who has the bigger brain men or women

Well, I have several posts concerning Jennifer Lawrence on this site. I am not some big fan, and to be truthful, I actually haven't seen much of her onscreen. However, she strikes me as an interesting subject. She is someone with a little originality, and that's cool.

I'm not sure who posted or created these shots, but they speak for themselves. I highly doubt that Jennifer Lawrence or her team would put this out there. More likely, it is Andy Strunk or his family or someone who knows them or whatnot. I don't know, that's the point.

With Hollywood, you can never take anything for granted. But Lawrence seems to know what she's doing and has a good head on her shoulders.

I will let the photos and text speak for themselves. I think they are worth reviewing if you have any interest in Jennifer Lawrence and what she's all about. 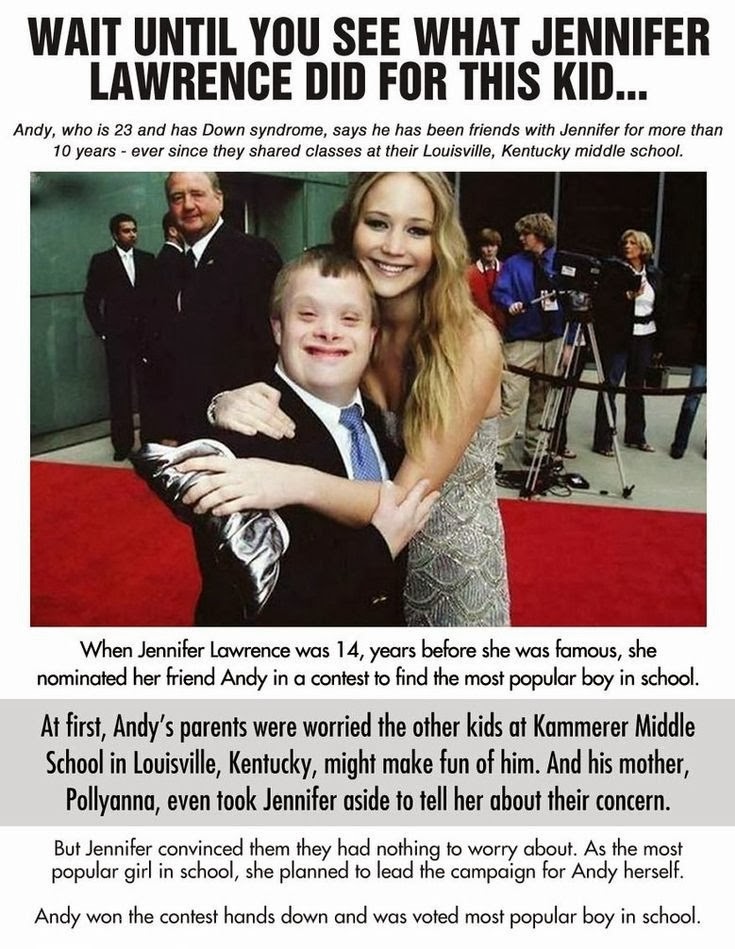 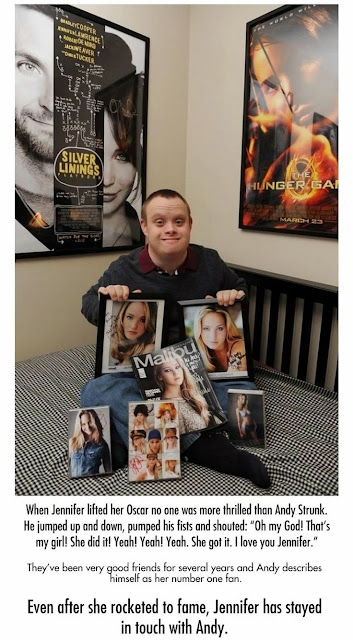 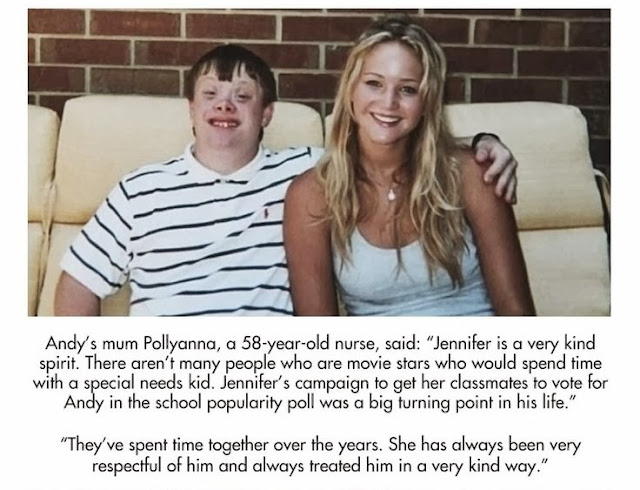 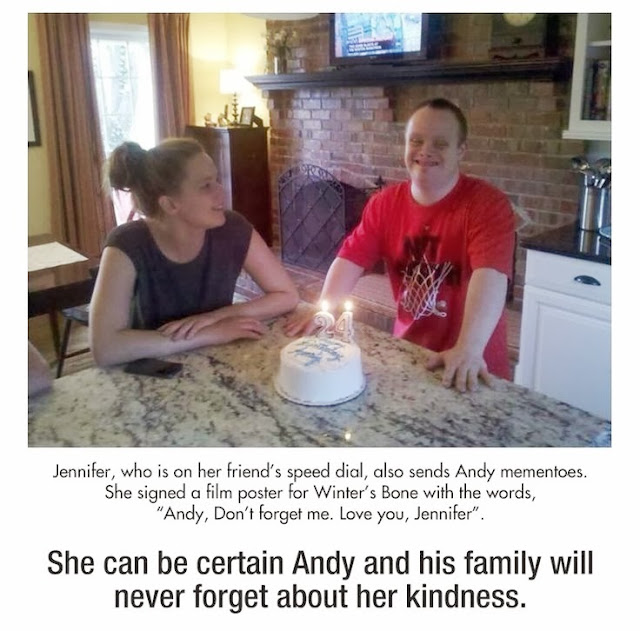 Just another reminder that celebrities are real people, with real lives, which don't always match the public perceptions.

Posted by James Bjorkman at 11:00 PM No comments: