New York on a Spring Day 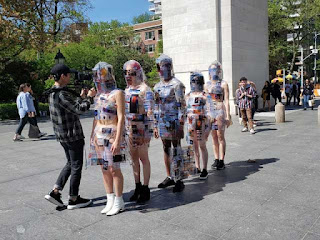 Some of my out-of-town friends - out-of-town always means from somewhere other than New York City regardless of where I am at the moment - sometimes ask me to show them pictures of the "real" New York.


I usually wind up disappointing them, and also myself, because I don't really know what they want. What is the real New York? What hasn't been shown on television or in tourist pictures or what have you? Is the Disneyfied New York the real New York? Maybe, but not to me. But figuring out what it is, and then showing it, that's a little more trouble. 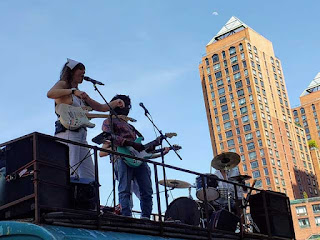 New York has become such a theme park for tourists that there really is little to show about "real" New York City without getting obscure. "Look, there's the coffee shop where I buy my cough medicine!" Nobody's interested in that. It's a shop just like they have at home. What's special about that?


However, there are some aspects of the City that anyone who lives there will tell you is part of it that you simply can't find anywhere else. 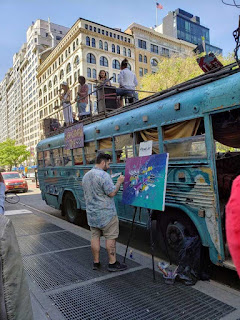 It's not the tourist attractions such as the Statue of Liberty. That's not New York to a New Yorker. It isn't the iconic buildings (which you can see in anyone's photos who hasn't any connection to New York at all).


Now, I'm not trying to be, you know, fancy-schmantzy about this, like you have to be a member of the Priesthood to understand the Gospel sort of thing. I'm not the world's expert on the uniqueness of New York, despite the fact I'm a New Yorker to the extent that I've lived in and near New York much of my life. Everyone is going to answer this sort of question differently. Some people who live in Brooklyn Heights will answer the question completely differently than do I, who live in Manhattan. The same for someone who lives in Harlem, or the Bronx, or in Astoria, or frequents establishments that I don't, or has a different circle of friends, or has a different living experience. However, I have lived in New York for years and years and have my little stake in it, and I should be able to answer the question about showing the real New York. So, being unable to answer the question properly is just a failing on my part. I do believe there is a "real" New York, and anyone can find it, it's just not where you might think it is. This is my attempt to show you my vision of the real New York. 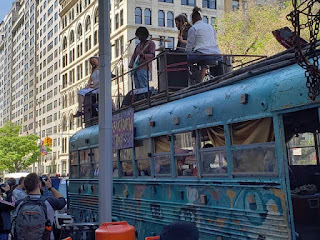 
You can't really plan on seeing the real New York. It just sort of happens. You are there, and there it is. But it isn't something that you buy a ticket to see. 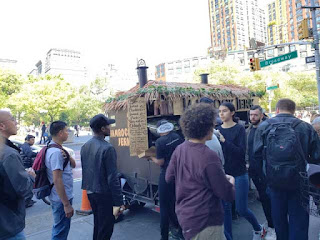 
The real New York is the people. But it's not just any people. It is people doing things that are perfectly reasonable in New York, but you just won't get away with almost anywhere else, at least not in the same way and in the same concentrated form. 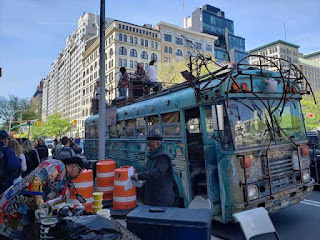 So, these pictures that were taken on a random day in May 2019 attempt to answer the question, "Show us some pictures of the real New York." 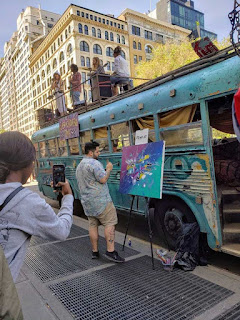 Just walking around Union Square and Washington Square Park, you stumble on the real New York. Not every day, not all the time, but on this day and time. 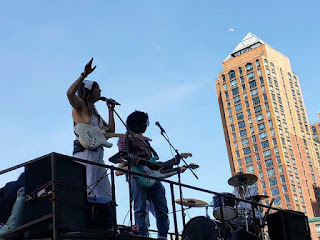 A bunch of hippies bring their old bus, park it by the side of the road, and let it rip. Why? Who the hell knows. They'll be gone in an hour and you'll never know they were there. That's New York. 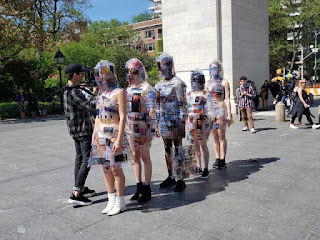 Some other people, probably students at NYU, just get down to doing something by Washington Square Arch. They were only there for a few minutes, and then poof, they were gone. It's New York City, nobody notices, but they're there for a time and someone else like them will be there another time. Or, maybe someone else will do some crazy thing somewhere else. Nobody cares. It is in New York. 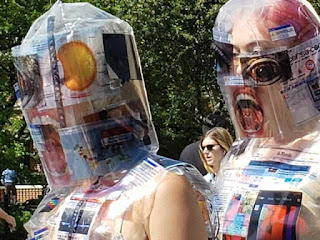 So, I hope you enjoyed these pictures and brief clips of real New York.