There seem to be a lot of aerial stunts going on around Dubai these days. Scroll down for the video. 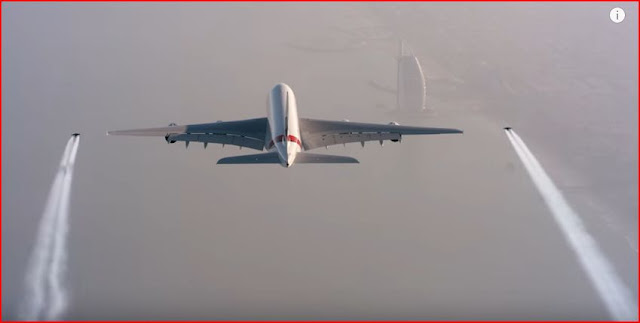 Well, here is another one.  This time, it is two guys wearing jetpacks flying with an airliner. Dubai is quite scenic, and they can fly very near populated areas with great scenery without actually endangering anyone aside from the people involved. 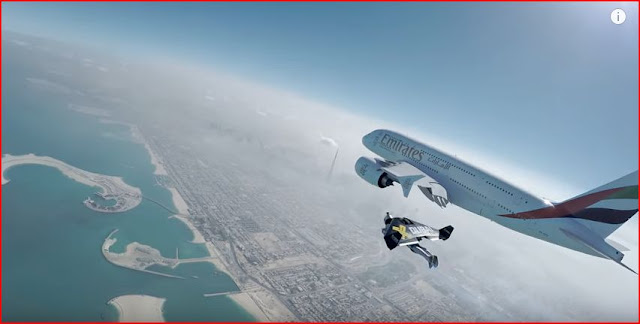 They call themselves "Jetman Dubai" Here, they fly with an Emirates A380.

Below are the Palm Jumeirah and the Dubai skyline. The A380, incidentally, is the world’s largest passenger aircraft.

The Jetman Dubai pilots are Yves Rossy and Vince Reffet.


There was a lot of planning involved. Wing turbulence is a major issue, so the jet-packers couldn't actually land on the wings or anything like that. But they could get close enough to the plane to make for some great footage. 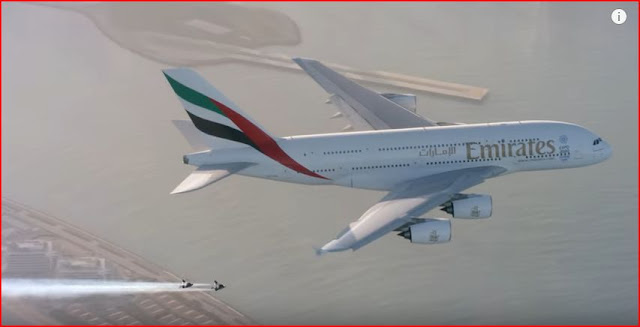 There is a "making of" video below if you have the time and interest, but it actually doesn't tell you a whole lot. If you're wondering, the plane's stalling speed is just about the maximum speed of the jetpacks. So, this is possible and it was not faked. The airspeeds apparently were in the 110 - 130-knot range, give or take. The jetpacks can reach about 115 knots in level flight, 140 in a dive, and the plane stalls at about 110 knots. In other words, everything has to be timed to absolute perfection. The jetpacks only have 8 gallons of fuel that can keep them up for about 10 minutes, so these are quickie flybys, and then the jet-packers parachuted down.

This is a real headline from a real newspaper about a real incident. "Chick Accuses Some of Her Male Colleagues of Sexism." 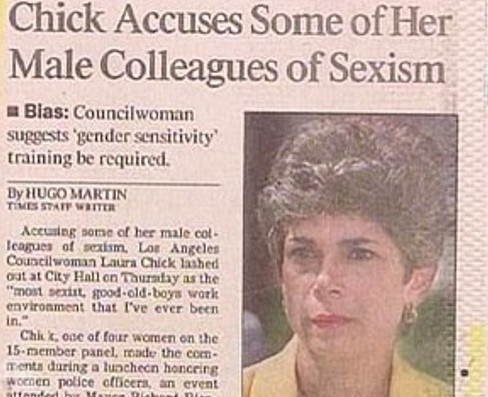 And, I don't think I really need to add anything here. Make of it what you will.