This Girl Has True Talent! 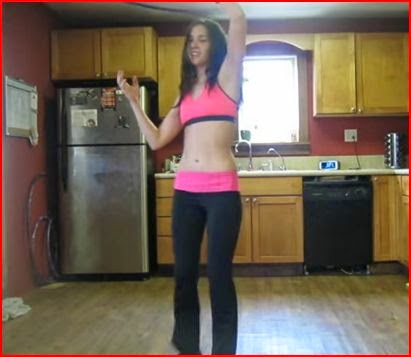 I mean, this takes a lot of practice. A pro at the Hula Hoop.


This girl has true talent!

I see something like this, I wonder, how many thousands of hours of practice did this take to get just right?

Her handle on youtube is rachaellust. Don't know a thing more about her, but this is enough!

Girls, if you know some guy and for some reason want him to ask you to marry him - learn to do that one thing! What she does! LOL

Yes, I know what you're probably thinking, "Oh, we were all young once and could do that." I highly doubt very many people can do that so smoothly and effortlessly!

This goes in the "epic skills" file. Just find your own particular skill and make it work for you! She's gotten probably a million views on youtube doing these videos, maybe more. She must be an awesome go-go dancer if that's her thing. 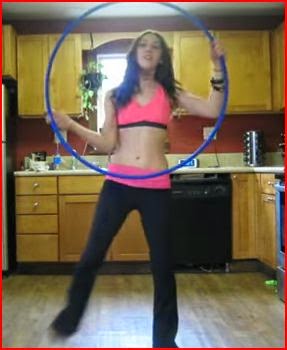 How to Be Surprised by a Tornado

So, this oil rig worker was hard at work one night south of Ft. Stockton, Texas. He noticed an electrical storm passing nearby. The lightning was impressive, and his camera was handy. It was completely dark, the moon hidden by the low-hanging clouds, and he couldn't see a thing except for the occasional streaks of lightning.

He noticed another streak of lightning, snapped the shot, and then looked at it.

And he noticed something odd.

What he saw was that tornado over on the left, only a few miles away. A tornado he had no idea was there.

Talk about getting the surprise of your life!

There are Levels of Coolness...

Liam Neeson is the man.

He and Olivia Wilde were in Rome filming "Third Person."

But, what's that we see?

Now that is taking it to the next level of coolness, Liam. 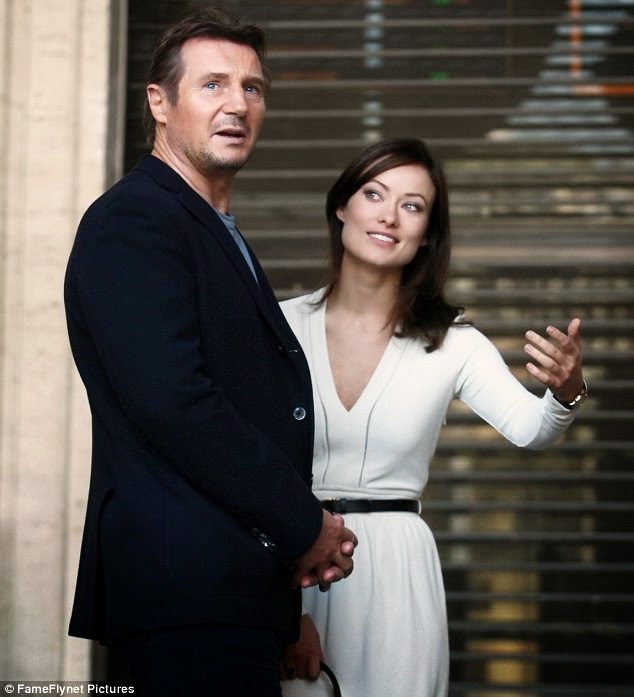 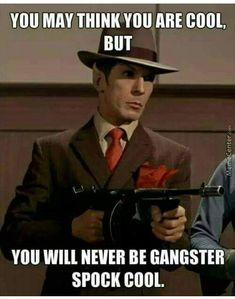 And, one more for the road. 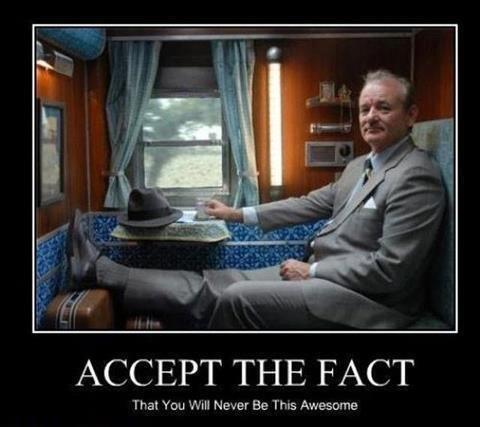 Charlie Sheen being Charlie Sheen. It's not everyone who can be in a shaky phone-camera video that gets over a million hits on youtube in a matter of days, with undoubtedly millions more to come. It takes a special person to pull that off.

Charlie Sheen is that man.

Everyone has their own opinion of Charlie Sheen, as do I, so I won't bore you with my opinion about this, which almost certainly is different than yours.

Let's just notice a few things and leave it at that:


All right, I've made my points or whatever you want to call them. If you went through with counters to all of them, I wouldn't argue. You go out drunk in public, you take the consequences. Charlie Sheen is a big boy and he can handle it.

You will, of course and thankfully, draw your own conclusions. And with that, I'll just provide the video.

The difference between advertising and reality.

Actually, and not to intrude on such a tender scene, but if this terrorized little girl retained that same attitude throughout her life, she would be a lot better off. Save your health, little girl - run!

There. Now I feel better.

I know, just give her a happy meal and she'll be all better. 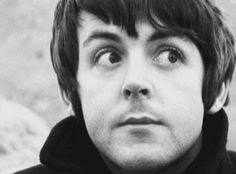 Animations of US Political Changes Since 1918

I posted this over on my animated film reviews site because this is an awesome display of the power of animation. It also is one of those topics that gets people going, and so it seems like something appropriate to post over here as well.

We are going to look at changes in the US political landscape over time. This is a post about politics, but it is not intended to be "political." A mere review of facts about politics is not partisan, and so this post is not partisan. The point is to show how animation can make facts clearer in the political realm and is not just for sheer entertainment.

Arizona State University Professor Jonathan Davis prepared these materials, which show the huge political shift in the United States over the past century. The bottom line from all this is, "Things change."

The figures speak for themselves, we'll just introduce them with the surrounding facts and leave it to you to draw whichever conclusions you see fit.

The full app is a bit cumbersome, so for simplicity here are a few summaries of changes during particular periods. This post involves a lot of downloading, sorry about that. Once it loads, though, it is pretty interesting to see the dramatic political changes, which can happen quite quickly.

Democrat Franklin Delano Roosevelt won election as President in 1932, but that was not the redefining year for the US House. That had to wait until 1934. When it happened, it was a massive shift. Watch practically the entire map turn blue and stay that way.


The wonder is that the Republican Party survived the 1930s at all.


Things change. The Democrats took firm control of both Houses of Congress during the "Sputnik" crisis of 1958 after years of shifting back and forth again, and they did not relinquish either House until 1980, the year in which Republican Ronald Reagan's election as President began a political reorientation of US politics and Republicans finally again won one of the two Houses of Congress, the Senate. This shift was fulfilled in 1994 when for the first time since the 1950s, the House went Republican as well. In 2000, both Houses of Congress and the Presidency were Republican.

This is the closest we are going to get to massaging some viewers' partisan political muscles. There is a common political theme among some that, currently, Republicans somehow have hoodwinked the country to carve out political districts that enable themselves to dominate the US House of Representatives. This is known as "gerrymandering."

There are lots of reasons for gerrymandering (named for a 1800s Massachusetts politician). They include partisan advantage, of course - district lines are drawn by State Legislatures that are controlled by a particular political party. The reasons also include, however, court-mandated district lines to ensure fairness to minority groups.

Without taking a position on that particular point (everybody familiar with the topic has an opinion on this), we present the following two map comparisons. They show that, whatever has been going on, it has been going on in pretty much every state that has multiple districts, regardless of political orientation. 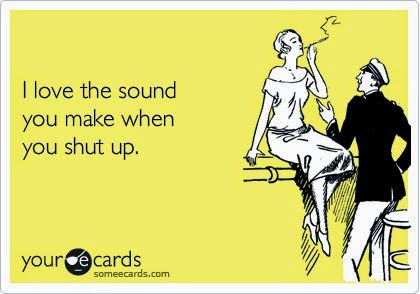 The beauty of silence. Yes, you're truly gorgeous when you're dead silent.

Your eyes sparkle with a devilish glow when I can't hear the sound of your honking mouth.

I've never seen anyone with a figure and style as smashing as yours when you button it up.

You say the wisest things when your lips aren't moving.

You're stunning when you're silent.

I always smile when I think of you not talking.

Ah, the sounds of silence. Simon & Garfunkel were so far ahead of the game, weren't they?

Some things are just so obvious and they need to be said - and then you need to just SHUT UP.

Email ThisBlogThis!Share to TwitterShare to FacebookShare to Pinterest
Labels: I love the sound of you when, Shut up, Simon & Garfunkel, you shut up, you're truly gorgeous when you're silent
Newer Posts Older Posts Home
Subscribe to: Posts (Atom)
Search website