I just felt like having a page here as a tribute to Louise Lasser. I'm kind of a buff of old television shows and film, so that's the sort of thing I do. What can I say? It's who I am. So, that's what we have here.

Regarding Louise Lasser. Believe me, I know how it is. Some of you are like, "Of course. Whatever happened to her?"

(A third group will go "Louise Lasser? Who cares fuhgawdssakesshe'snotkimkardashian," but we'll ignore that group for now.) 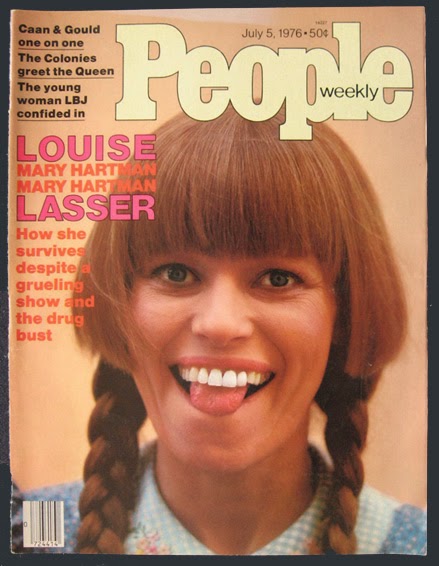 Louise Lasser is an iconic figure for some of us. Of course, not for everyone. For those of you unfamiliar with Louise, here's a very brief bio: 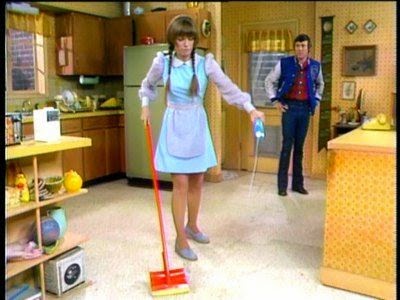 Ok, that about sums it up.

And, if you ever have the good grace to meet Louise Lasser in person or see an interview of her in real life, you'll probably realize just how appropriate that long run-on description was. She's a treasure.

Anyway, I am just barely old enough (no, really) to have actually watched some episodes of 'Mary Hartman, Mary Hartman' during its original run in the late '70s. In fact, I think I saw most of them.

"Mary Hartman Mary Hartman" was followed by several somewhat similar syndicated attempts to recreate the magic - "Fernwood 2 Night," "Soap," and "All that Glitters" spring to mind. Those follow-ups or homages or whatever you want to call them were memorable, too.

Hey, they gave us Billy Crystal and Richard Mulligan and Fred Willard and Martin Mull, so how bad could they be? They were a nice change of pace in the days when there were exactly three networks and those were your choices, take them or leave them.


Anyway, it was the oddest show on television: aired five nights a week at 11 p.m. as original programming at a time when there were absolutely no original scripted shows airing at night outside of 7-11 p.m. ('Do you know where your children are?) or on any channels except for CBS, NBC or ABC (channels 2, 4 and 7).

Everything on television in those days was absolutely rigid: afternoon old film after school, then news, followed by game shows, then prime time, then news again (film at 11!), then Carson and then bed.

Nothing was allowed to break that iron-cast schedule except maybe a football game or the Olympics or, towards the end, Nightline. For something to start five minutes after the hour or half-hour and not precisely on the hour or half hour basically required an Act of Congress. So, to see a brand-new drama on at 11 that did not follow all the normal network rules and which had an undercurrent of sardonic wit was a true oddity. Ant that was even before you saw a single frame of the "Mary Hartman" show itself - and then it only got odder. 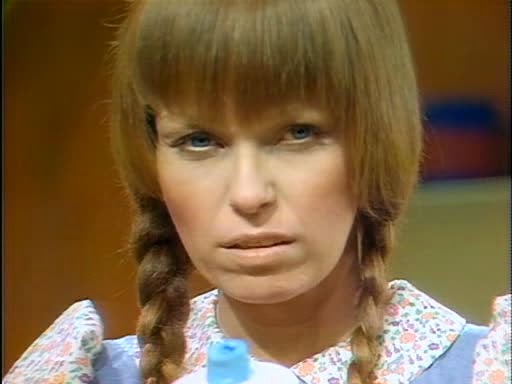 Here is perhaps the most famous scene from 'Mary Hartman, Mary Hartman.' It is the bizarre chicken soup scene which essentially began the series. If you know it already, you'll still enjoy seeing it again, and if you haven't seen it - you need to watch it.

That chicken soup scene is just so iconic on so many levels. First of all, notice how Mary Hartman goes off on a kind of rant about chicken soup, about how it is the preferred remedy for


'an entire ethnic group. The whole Jewish people. And they oughta know, I mean they practically invented chicken soup. And an incredible amount of those people are doctors.'

Now, even leaving aside the fact that Louse Lasser herself was Jewish, but in her own words was at the time in total denial about it, and thus having her say this was almost metaphysical in its complexity, this is a classic formulation, decades ahead of the whole 'chicken soup for the soul' philosophy. This speech and the one that follows take random potshots in so many directions that they're like a circular firing squad. 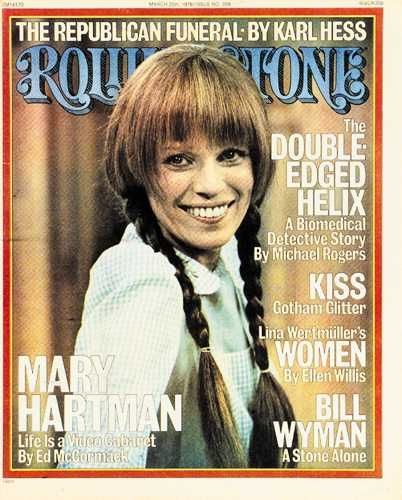 The rambling philosophizing on the couch about different ethnic groups and the importance of watching Johnny Carson, and then again after they find Leroy -

is just classic Deep Thought for the '70s. I mean, it's almost Kantian in its metaphysical implications and abstruse philosophization.


Anyway, Mary Hartman Mary Hartman's Crazy Train went on from there. Happy in her drone-like existence, Mary Hartman gradually discovers enlightenment of a very '70s kind. As she grows, her happy life falls apart and she rumbles on from one train wreck to another. It was the story of a decade, and nobody captured it better. 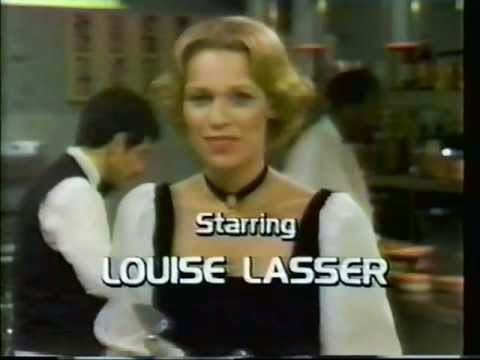 There is a legend that Louise was banned from Saturday Night Live. For some people, that is all they know about her. I stumbled across an obscure December 2013 interview with Louise Lasser tonight, and I had enough fond memories of her and the show (from over 30 years ago) that I read the whole, rambling thing. And, in the interview Louise Lasser had this to say about her hosting Saturday Night Live and interactions with show boss Lorne Michaels (the interviewer is Claire Barliant, who deserves a lot of credit for a very good interview):


You know it’s on Wikipedia that I was banned from that show, but it’s not true. I was so hurt. He [editor's note: apparently Lorne Michaels] had invited me to come back; he said come back in two weeks and do another show.

CB: It’s so weird how those things get out there.

LL: How they get out and there are sort of vapors around it. Because I can feel that the vapors—I completely forgot about that. But when I saw Wikipedia said that, I said how do I get rid of this, it’s not true. So they said well anyone could change it, you can just change the sentence. But it never got changed, I never changed it. Isn’t that weird that I never changed it?

CB: Well theoretically Wikipedia has all these people checking all the time. But it’s funny because it casts you in this way as being rebellious; I thought you’d gone on and deliberately subverted the show.

LL: It was sad because I believed in people and if they said they were going to do something . . . for me to threaten to walk off the show, I would never do that for spite. Banned—that’s a horrible thing to have said. But I don’t think people think about that very much now.

[another editor's note: Wikipedia is such a trashy source. What a shame that they get basic facts like this wrong. But I changed it. I fixed the part that says that Louise Lasser was banned. At least temporarily I fixed it, that is.]

[Because I'm a Wikipedia editor. But, because they are obtuse over there, they probably changed it back to the incorrect thing. One can only do so much. Okay, enough with the brackets thing.]

So whatever. Whatever will be, will be. Karmic cosmic justice will prevail in the end. That's life. 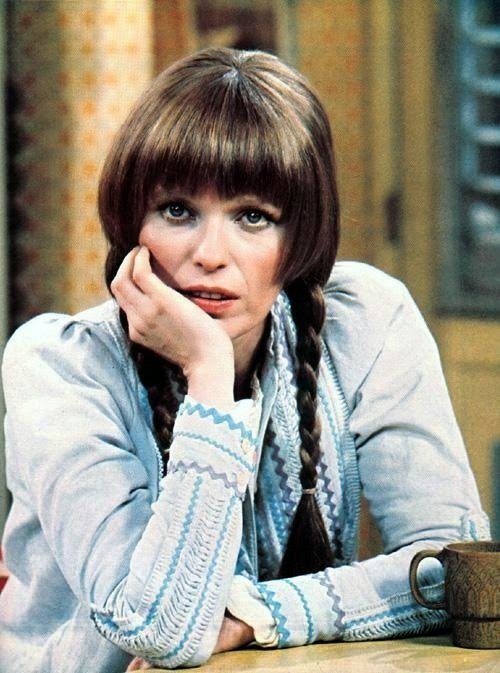 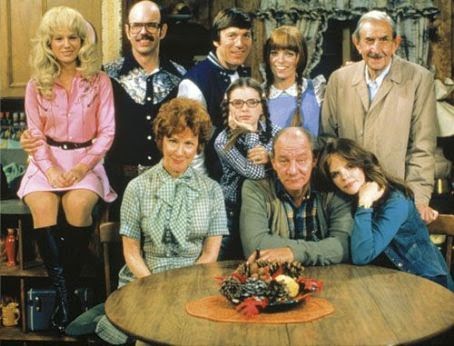 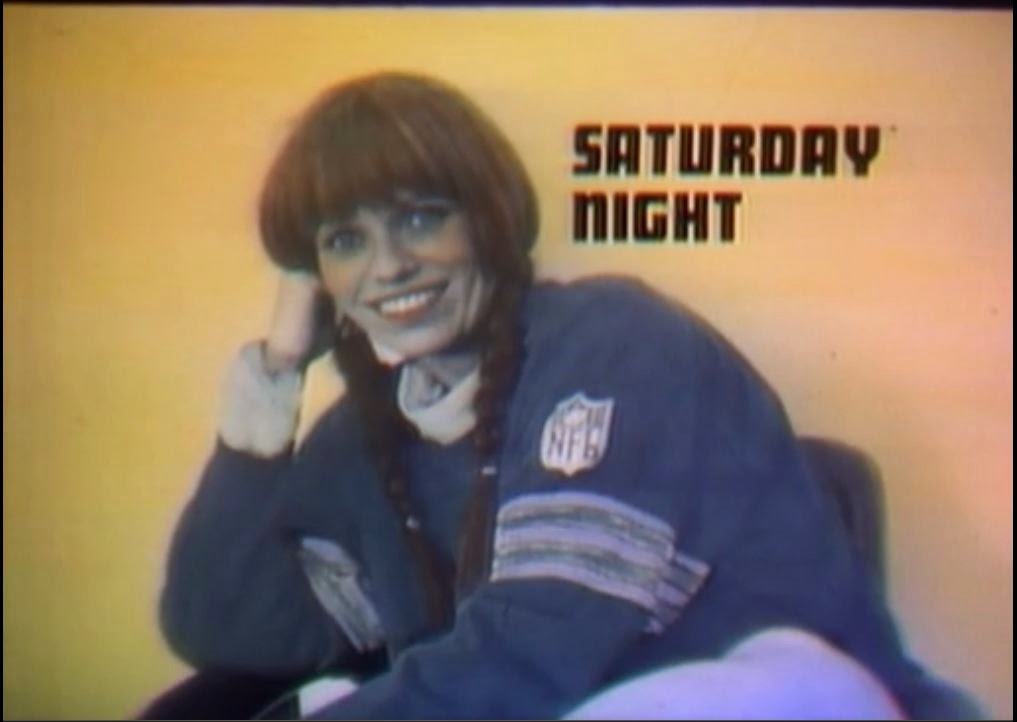 Posted by James Bjorkman at 8:51 PM