The Big Apple Back in the Day

These shots all just seem to go together. I have no story to tell about them or anything, I just like them. Anyone who has spent time in New York City will probably recognize how much has changed - and how much hasn't. So, I am slowly adding shots of Times Square here down through the years, but looking uptown, not (as is almost always the case) downtown toward the Times building.

Why facing uptown? After all, that's away from where the ball drops. And the first ball drop in 1907 was quite an occasion.

However, if you live in New York City below 42nd Street, that is the scene that greets you every time you walk to Times Square. It is the iconic view of Times Square. The opposite direction is a bit less well-known except to New Yorkers.

So, there is a method to my madness here. Also, I find a certain fascination with the changing signs and buildings at this, the 'intersection of the world.'

So, we have the massive Chevrolet sign there in 1935, and still there in 1958. It's gone by the 1960s, though. And Coca-Cola has that prominent spot down near street level, eventually replaced by Pepsi by 1940. Pepsi lasted there at least through 1947, then switched locations to the east side of the Square. While Time Square can seem an ever-changing whirl, there are definite, deliberate changes that last for long periods of time, but then eventually change as well.

I keep changing this. You can find the year by hovering over the shot. I think they are all in chronological order, but the exact year doesn't really seem to make much difference unless you are really paying attention. The shots span the 1920s to 1960s.

However, when you go through these, you start to notice things. Some billboards become old friends, then abruptly disappear. For instance, Chevrolet, Admiral Television, Canadian Club - all stalwarts throughout the 1950s. That Admiral Television sign - still there in 1959! Also the sign directly above it, the Canadian Club whiskey sign. But the Chevrolet sign? Gone. So, too, the one with the guy's face, replaced with a pineapple.

It all brings to mind that scene from "The Time Traveller," you know, the shot where the time traveler accelerates through time and watches the changing girls' fashions in the window across the street?

Vehicles were so colorful back then. Not like all the dull whites and greys you see today. They should bring back the two-tone look! And look at how much room all the cars have! And the sky - you can see the sky all around!

In another 50 years, they'll probably enclose the whole thing and they'll look back at pictures of Time Square from today, surrounded by humongous office towers, and go, "Wow, it was outside! Imagine that!"

Oh, and the Criterion theater on the lower right in the 1955 shot is showing the production of "Chicago." Some things truly never change. In the 1958 shot, it is "Moby Dick." 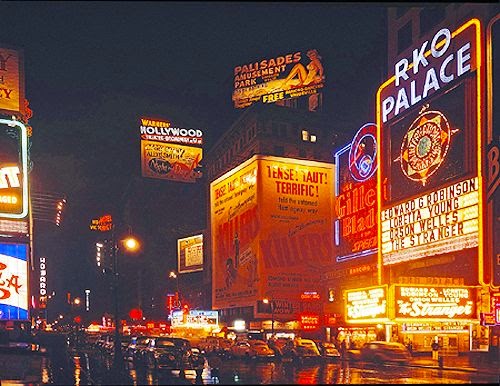 I know, there are several shots from roughly the same time here. But it allows you to imagine yourself there, walking about. 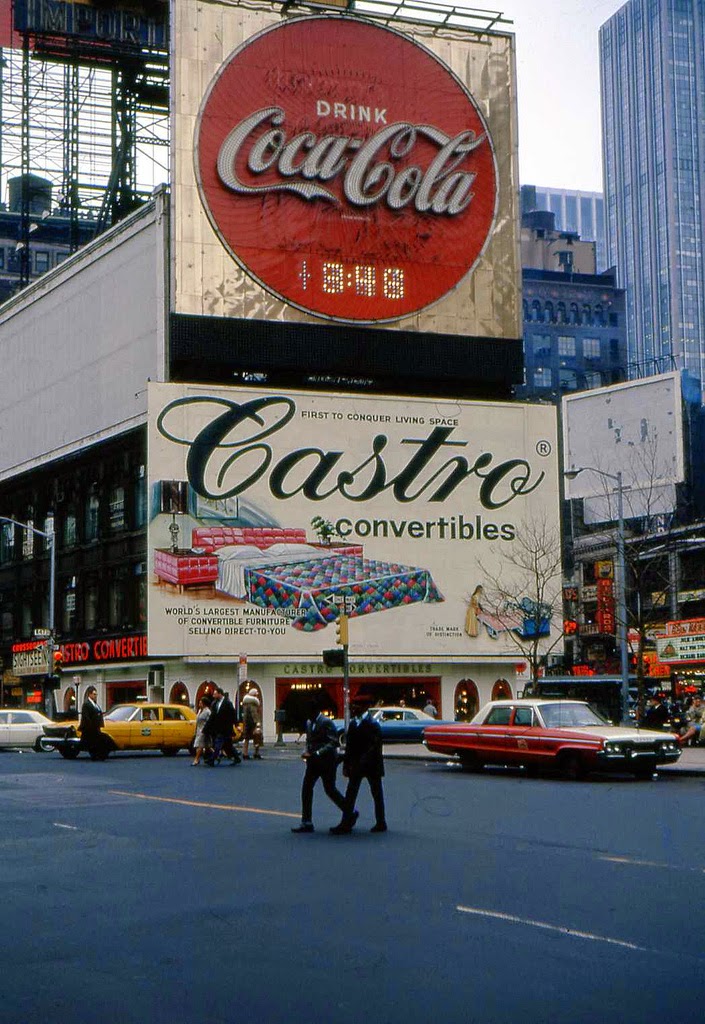 Oh, and a couple of not-colorful shots to wind things up.

Regarding the two shots below, I know you're wondering because I was. Cyd Charisse and Fred Astaire, "The Band Wagon" (1953). If you knew that without me telling you - you're good. 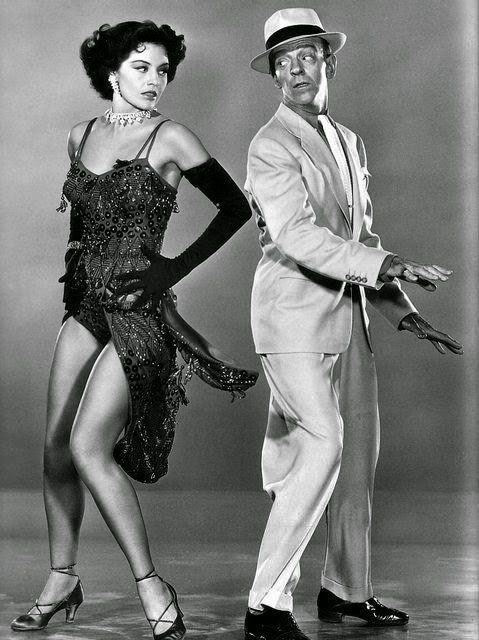 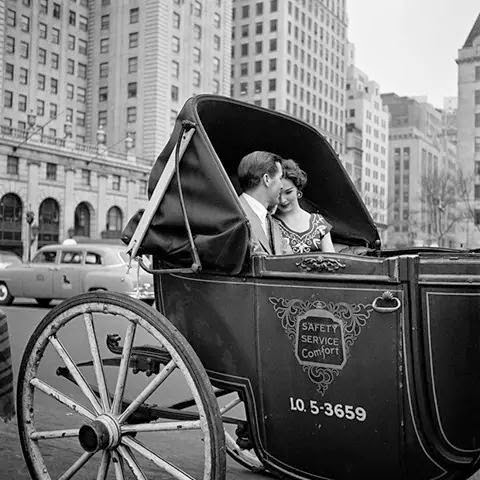